Saturday is "Tough Enough to Wear Pink" Night.
Be sure to show up sporting your pink, in support of breast cancer awareness. 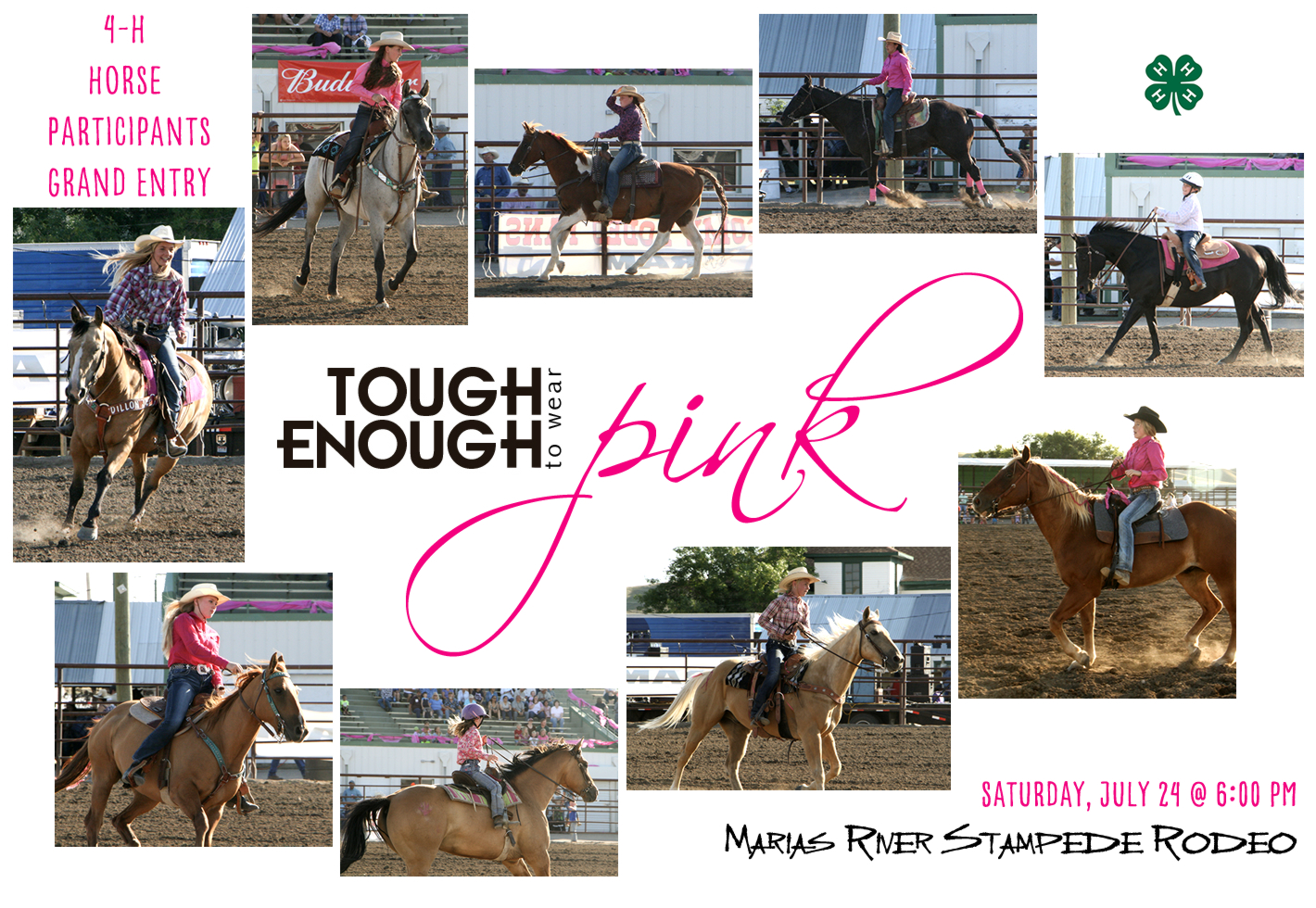 The 4-H Horse Project Participants will be presenting the Grand Entry and the Flag to lead our National Anthem.

Watch for the 4-H'ers selling pink t-shirts throughout the fair. Be sure to stop by their booth and pick one up!

Friday & Saturday Evenings, during the Rodeo

Calling all parents who have young kids with LOTS of energy to burn and need something fun to do at the RODEO!!

We're going to have a BOOT RACE!! BOTH Nights!!

The announcer will call kids from the grandstands during intermission. Everybody throws their boots in a pile on one end of the arena, then lines up at the other end. When the whistle sounds, it's time to run and find your boots in the pile, put them on, then race back to the finish line! Kids ages 4 to 10 can participate. We'll have a couple different races, to break up the age groups. Fun fun!

'Magic in Motion' to Perform during Rodeo 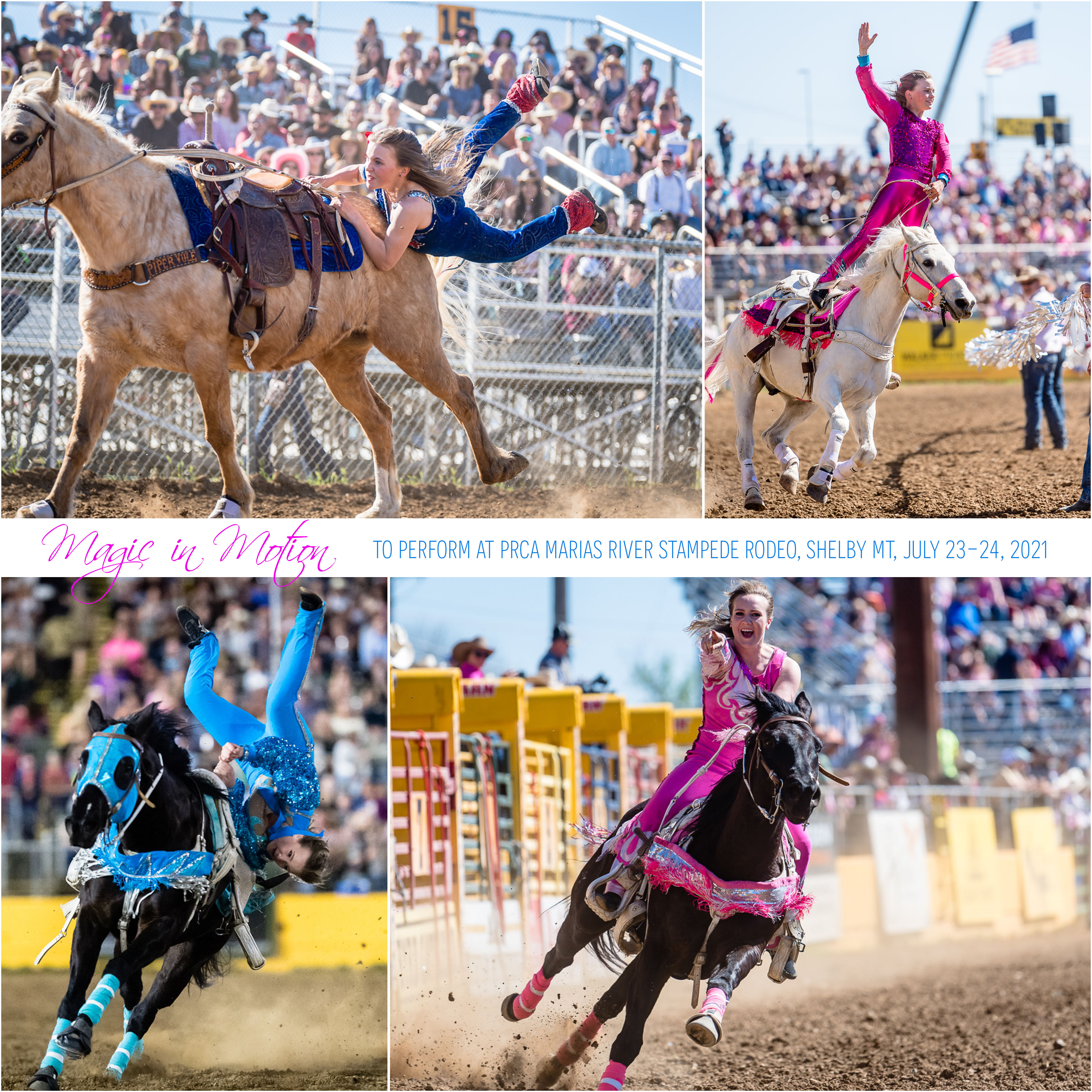 Piper Yule, the 10-year-old young gun of the rodeo industry, is known for her signature ponies and her cowgirl heart.

Piper and her ponies have achieved: 2019 Canada Pro Rodeo Act of the Year, 2020 Top 5 PRCA Dress Act of The Year Nominee, The Calgary Stampede Trick Rider, Opening Act of 2019 NFR Canada Night and performed 3X at the Canadian Finals Rodeo among various other events.

This little girl is as kind as she is tough. She comes from the hard grass country in Southern Alberta and is a 5th generation cowgirl. When not roman riding and trick riding, Piper spends her time team roping and competing in reining and working cowhorse competitions.

Shelby Pierson is 21 years old and lives on a ranch in Southern Alberta. For the past 12 years, she has brought her fast-paced, high-energy act all across Canada, the United States, and Australia.

When not trick riding, Shelby enjoys roping, working on her family's ranch, and training horses.

PRCA Clown & Barrelman, Scot Allerdings will be joining us! 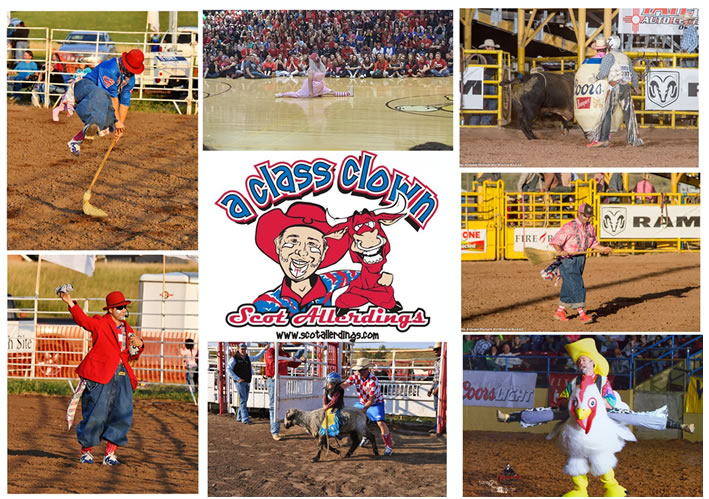 We're excited to be bringing back PRCA Rodeo Clown and Barrelman, Scot Allerdings.

Scot provides high quality family entertainment during his performances. From his family friendly comedy to new high-energy exciting acts, Scot keeps you entertained throughout the event. Scot loves to work with the youth and will do whatever he can to help promote the sport of rodeo in a positive fashion.